Created by crossing a Lamsbread Jamaica from 1994 with a Leda Uno® from 1996. There is white widow present from Igemar 1996. CHECK IT OUT!

SKU: kc10022 Categories: Cannabis Seeds, Regular Seeds Tags: Hybrid, Indica, Lambsbread, Leda Uno
Disclaimer: Please remember that Cannabis seeds have a souvenir value and that the germination and cultivation of cannabis plants illegal in most countries. Buying seeds and germinating them is always at your own risk. We can not be held responsible for your actions nor for the actions of third parties. (see Art. 3. Legal Issues)
Description

In the category hard-hitting Indica’s, this, Brains Choice®, may be the flagship for the stoney side of his strains. I grew the mother from seeds given to him by a Jamaican man I met in a coffee shop in Noord Holland. The seeds were Lambsbread. A legendary Jamaican strain, strong but not purely sativa. From one of the early seed breeders in the Amsterdam scene. After only one cross, I spent two years monitoring the new F1 for quality and stability. I was so pleased with the results, that I decided to name the hybrid “Brains Choice”.

Brains Choice® forms a marmalade of white and orange hairs a its flowers mature. The orange comes from Lambsbread, while the White Widow parentage shows through in the frosty proliferation of trichomes on the bud and nearby leaf. The buds cluster along the branches rather than forming one solid cola at the ends. 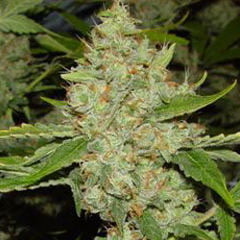 Select the fields to be shown. Others will be hidden. Drag and drop to rearrange the order.
Click outside to hide the compare bar
Compare
Compare ×
Let's Compare! Continue shopping
Shopping cart close